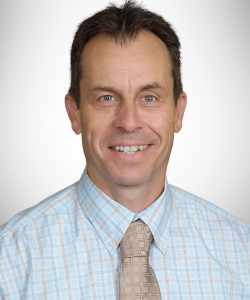 Everything Olaf has done in life has prepared him to work in mental health. After high school Olaf worked pouring cement, then he worked in Cable Television as an installer (you know, the guy who shows up between 9AM and 5PM). In Olaf’s 20’s he worked as a waiter at Planet Hollywood in Beverly Hills while earning a Bachelor of Arts in Communications from UCLA. From there Olaf was lured into the entertainment industry as an assistant editor and voice over actor. Despite enjoying some success, he felt something was missing. He didn’t know it at the time but that “something” was a career in healthcare. Olaf took a risk and went back to school, a recurring life theme for him, and graduated with a degree in nursing from Santa Monica College in 2009. Since that time, he has worked in several hospital settings including intensive care. Olaf finished his first masters degree as an Adult Gerontology Clinical Nurse Specialist in 2017 from California State University at Dominguez Hills and started managing extremely sick people in a long-term acute care hospital.

One universal Olaf has seen throughout his many different careers in and out of healthcare is that the presence (or absence) of good mental healthcare spells the difference between success and failure in any environment. Bearing witness to those who suffered grave emotional and mental disorders coupled with welcomed encouragement from close mentors convinced Olaf that he needed to put all his efforts into improving mental health. He believes that if we prioritize our mental health, we can overcome all the challenges that come with living a life. There is no health without mental health, and Olaf has focused on that maxim to get him through a second master’s degree as a Psychiatric Mental Health Nurse Practitioner from the University of Texas at Austin. Olaf has many roles in gus life, husband, father, son, brother, and friend. He is honored and privileged to work in a role where he has the capacity to be of service to others.