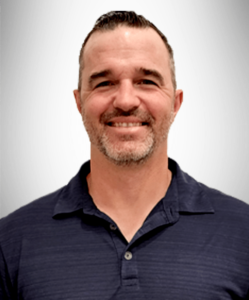 Joe is originally from Alabama and attended the University of Alabama at Birmingham for his MSN. He also spent 7 years in the Army and is a combat veteran. Joe has been in Nursing since 2013 and mental health since 2016 where he got his start at the Department of Veterans affairs in Tennessee working with inpatient psychiatry. Working with veterans helped Joe to realize his next career goal of becoming a PMHNP. Joe set forth and graduated in 2020 with his MSN as a PMHNP.

Joe enjoys working with children and adults alike and has spent several years as an RN working inpatient psychiatry with children in addition to the adult population. Joe’s best attribute is that he is easy to talk to and includes his patients in making decisions about their care.
In Joe’s spare time he enjoys his family and young son who is active in sports, outdoors and video games. He is an avid outdoorsman as well as an athlete. He is active in his local community and participates in giving back to the youth. He also enjoys the automotive industry and participates in road course racing in his Camaro.